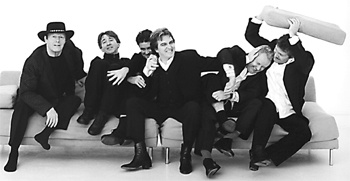 Named 60s Bands The Hollies
The Hollies' rich, multi-part harmonies - sung over consistently sharp, beat-group arrangements - made them one of the most musically appealing and popular bands of the British Invasion. Indeed, the Hollies charted more hits on Billboard's Hot 100 from 1964 to 1975 than any other British band except for the Beatles, Dave Clark Five and the Rolling Stones. Their tally of 22 charting singles during that period bested even the Who!