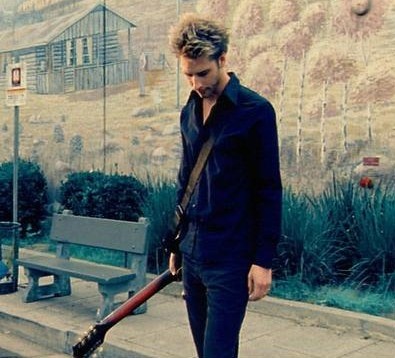 He was born 22 September 1971 in Windsor, UK. His whole name is Chesney Lee Hawkes. He has his name after the comedian, Chesney Allen. His father, Len Hawkes, was member of the band The Tremeloes, his mother is an actress, Carol Dilworth. He has a sister, Keely, his brother’s name is Jodie. Chesney’s career took off in 1991 when he starred in the film ‘Buddy’s Song’ alongside Roger Daltrey & Michael Elphick. He played a young boy named Buddy Clark who claws his way up the treacherous ladder of the pop world with the help of Terry, his father, played by Roger Daltrey.

Terry is a dodgy dealer who wants the best for his family but finds it hard to toe the line. During the entire nineties, out of approximately 50,000 releases, only 13 of these spent more than 5 weeks at No.1. His song ‘The One and Only’ was in the top Twenty for the entire decade; it spent exactly 5 weeks at No.1, this made Chesney’s record the twentieth most successful release of the entire decade.