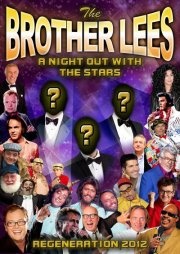 Comedy Acts The Brother Lees
The Brother Lees have now covered 3 decades of entertaining the public at home and abroad, working every type of venue from clubs and theatres to hotel corporate work and product launches. They have appeared in over 50 national TV shows and numerous European TV programmes plus an array of Royal Gala's. The act has evolved over a period of 30 years with only a couple of personal changes, to remain one of the top comedy show-groups of the era, maintaining the fundamental style of the show, first created by Tony's older brother Michael, the former architect of the Brother Lees phenomenon. A well established musical comedy act, with their own unique triplicate impression routines.