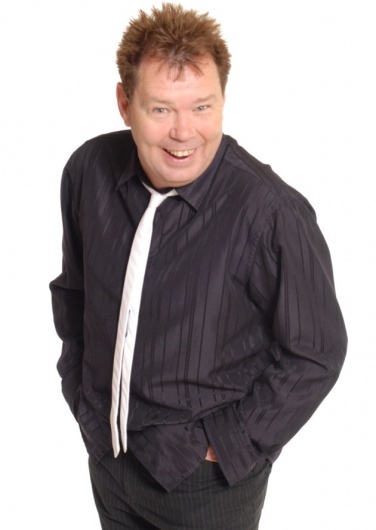 Recently featured in 'The Stage and Television Today', as one of the top ten comedians in Britain, unique comic Andy Ford, began his professional career at the age of 12; Andy started to learn his stagecraft in those early days, particularly the skill of communicating with audiences. After winning many talent contests Andy joined his first Band at the age of 14, and was the front man for many years until the time he decided to go solo. After a couple of single releases and airplay on BBC Radio 1, he moved to the Cabaret scene.

Andy started to introduce more and more humour into the shows and it was the comedy side of his performances that really brought excited interest from various showbiz agents, this culminated in many tours and cruises either as a solo act or part of production shows. In 1997 his unique style started to catch the eye of TV producers and he was chosen to appear on ITV's Big Big Talent Show hosted by Jonathan Ross. His spectacular and original performance was so successful that the Executive Producer Nigel Lithgoe invited Andy to appear on the Royal Variety Show that year in the presence of Her Majesty the Queen and Prince Philip on the occasion of their Golden Wedding Anniversary.

2009 and 2010 were record breaking years workwise for Andy and he was the undesputed star of the Bristol Hippodrome Panto alongside Joe Swash and the lovely Kara Tointon (Strictly Come Dancing) so much so that he returned in 2010 to perform with Britain's favourite landlady Barbara Windsor and Corrie Star Eric Potts in Dick Whittington followed by a starring role alongside Baywatch star David Hasselhoff at the same venue the next year. 2012 is shaping up to be his busiest year ever.... keep up to date via the latest news page on this site.