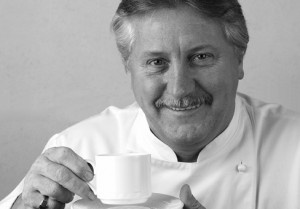 Celebrities Brian Turner
Brian Turner is one of Britain's most successful and well-known chefs. In addition to running highly respected restaurants in the UK, he has become a successful television personality, still appearing regularly on 'Ready Steady Cook' and 'Great Food Live'. Brian worked for many years as resident chef on Granada's 'This Morning' and had his own BBC series 'Anything you can Cook'.