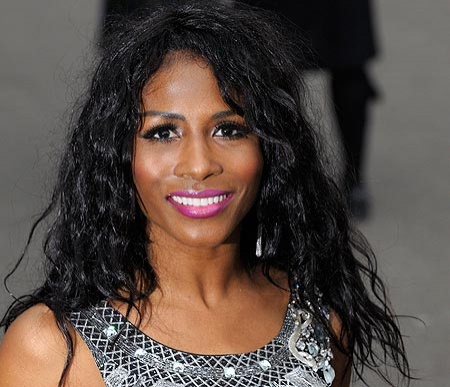 Sinitta released her first solo recording “Never Too Late”, mixed by Jellybean (Madonna, E.G Daily), in 1983. Further singles “Cruising”, “Feels Like The First Time” and “So Macho” followed, the latter spending 18 weeks on the British Singles Chart, peaking at Number 2 and entering into the Guinness Book Of World Records as the biggest selling single of 1986. Following this success, Sinitta signed to Stock Aitken Waterman as part of the infamous Hit Factory, releasingself-titled album Sinitta! along with UK Top 20 singles“GTO”, “Cross My Broken Heart”, “Right Back Where We Started From”, “Love On A Mountain Top”, “Love and Affection”, “Lay Me Down Easy” and “Showdown”.