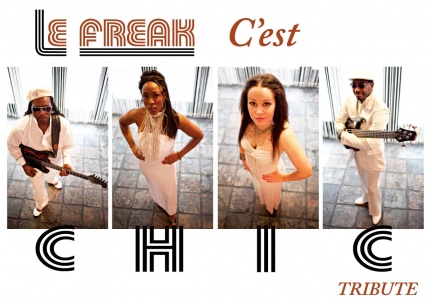 There can be little argument that Chic are disco's greatest band. Le Freak C’est Chic, perform the ultimate tribute show to Chic and the music of Nile Rodgers & Bernard Edwards. Chic’s classic hits are performed in a funky, stylish way. Also included in the show are the associated projects Nile & Bernard created as producers/writers Namely, Sister Sledge - Diana Ross - David Bowie & Madonna. Le Freak C’est Chic call you to the dance floor, and deliver the goods, one dance smash single after another of the movement's defining anthems. From the beginning to end, this show is a template for how disco should be done.