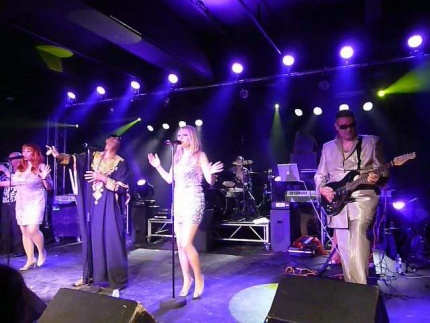 Tribute Bands Earth Wind For Hire
Bringing you one of the livliest seventies disco shows in the UK, Earth Wind For Hire are a funky, non-stop band with 3 vocalists and an excellent 8 piece rhythm section. The founding members are originally from the band 'Fekisha' who are signed to EMI publishing and performed with such artistes as Sister Sledge, Jamiraquai. Earth Wind For Hire will take you right back to the psychadelic seventies playing hits from Earth Wind & Fire, Stevie Wonder, Kool & The Gang, KC & The Sunshine Band and many more