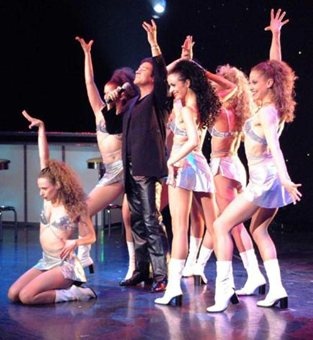 Tribute Acts Tom-Tastic by Martin jarvis
Beginning his career in the music industry by playing guitar and singing in a band who supported 'The Who' & 'The Small Faces', Martin Jarvis then went into the recording business copying the voices of chart artists. Martin moved into the caberet circuit as a solo artiste where he went on to travel the world with his show, even performing in Las vegas alongside Anthony Newley. Due to his powerful vocals, Martin was always being asked to perform a 'Tom Song' which led to him forming a full Tom Jones tribute show that is still touring and astounding audiences of all ages, all over the world!