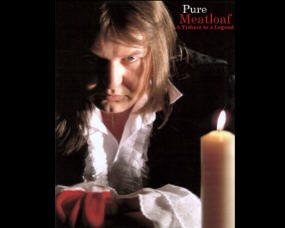 Tribute Acts Pure Meatloaf
Meatloaf tribute act (Pure Meatloaf) was in the live grand final of 'Stars In Their Eyes' in 2004. He has a powerhouse of a voice which you'd obviously need to mimic this larger than life performer. Since his television appearance, Andy has continued to be one of the most popular Meatloaf tribute acts in the UK. Andy is a huge Meatloaf fan and has put a lot of thought and effort into making his tribute to this rock legend as authentic as possible. Every song is delivered with the same incredible passion and feeling as the original.