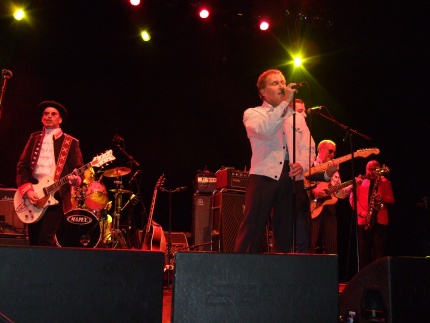 Steve Ellis is an English rock / pop singer, who now lives in Brighton. His biggest success was with the band, Love Affair. They and he are most well known for the songs "Everlasting Love", "A Day Without Love", "Rainbow Valley" and "Bringing On Back the Good Times". After the bands first release on Decca Records, they moved on to CBS and became one of the most successful British pop acts of the late '60s, under their new name "Love Affair", and had a string of hit records.