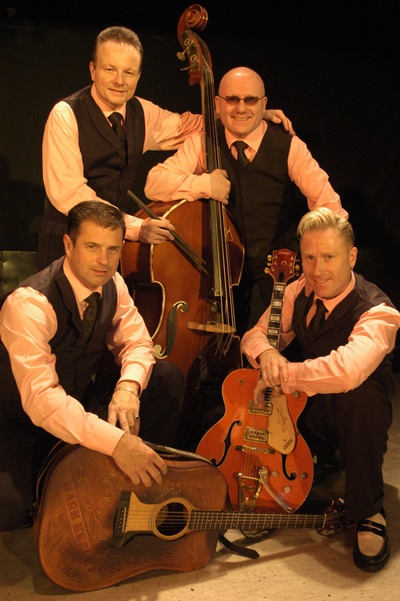 Rock n' Roll Bands Good Rockin' Tonight
Good Rockin' Tonight are a classy, fully professional 4 piece group who have been performing high quality Rock n Roll for fourteen years. Since their appearance on Sky TV, which led to their National TV debut in 1994, they have gone from strength to strength. Featuring talented and dynamic Mark Keeley (lead vocals/guitar), John O'Malley (vocals/lead guitar) who is considered by his peers to be be one of the finest guitarist around today, Jason King (vocals/double bass) and Guy Schalom (vocals/drums) known for his legendary Wipeout solo! Having supported many big names such as Bill Haley's original 'Comets', The Drifters and Showaddywaddy to name a few. Having released seventeen CD's to date, Good Rockin' Tonight are always in high demand and perform in a league of their own!