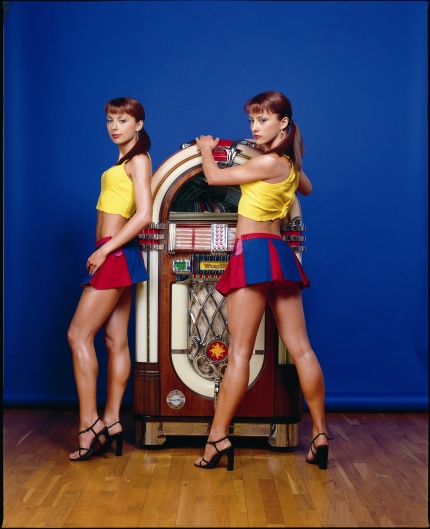 Reality T.V. Stars Cheeky Girls
The Cheeky Girls are a Romanian-born, British-based pop duo consisting of twin sisters Gabriela and Monica Irimia, originally from Cluj-Napoca. After appearing as auditioned pop stars in the rival, they achieved success in the charts with four top ten hits between 2002 and 2004. They are best known for their debut single, "Cheeky Song (Touch My Bum)", which has sold more than 1.2 million copies worldwide.