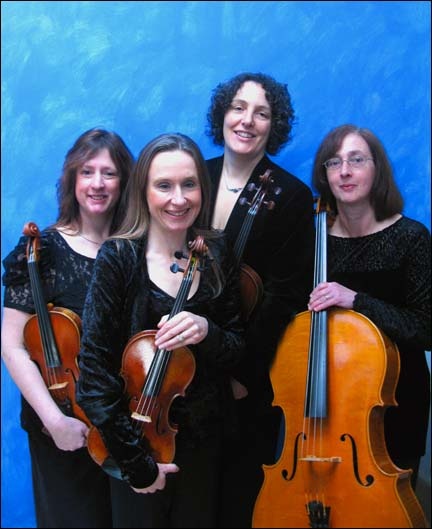 Formed in 1998, The Ariana String Quartet bring together four outstanding musicians who apart from performing with the quartet also pursue busy careers as freelance orchestral musicians, appearing with such well-known orchestras as the Halle, Liverpool Philharmonic, Northern Sinfonia, English Sinfonia, Opera North, Northern Ballet, Welsh Chamber Orchestra and English Camerata. In addition to recital performances, they have provided entertainment at many private events, from weddings to banquets and corporate functions across the north of England at top hotels, country houses and other prestigious venues.

The Ariana String Quartet are noted for the breadth of their repertoire stretching from the classical right through to popular light music, enabling them to provide suitable music for civil and church ceremonies as well as for receptions and dinners, including wedding breakfasts. Traditional wedding music choices include Wagner’s “Bridal March”, Mendelssohn’s “Wedding March” or Handel’s “Arrival of the Queen of Sheba”. Popular requests for music during the signing of the register include Pachelbel’s “Canon” and Vivaldi’s “Four Seasons”. Special requests can usually be accommodated, given enough notice, although there may be an extra charge for this service.