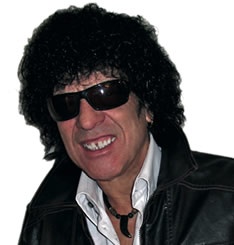 The event was compared mostly by none other than Pete Drummond, the late great John Peel and the late Jerry Floyd, who incidentally contributed the sleeve notes on the cover of In The Summertime, which Mungo Jerry composed under his real name – Ray Dorset, and was to be released as the very first maxi single in the world on 22nd of May, and very soon topped the charts worldwide. Going on to sell more 30 million units. Today Mungo Jerry plays major blues and Jazz festivals all over the world, performing his own compositions which are a brand of rock, psychedelic blues and American Folk, alongside some of his many hits including of course In The Summertime.