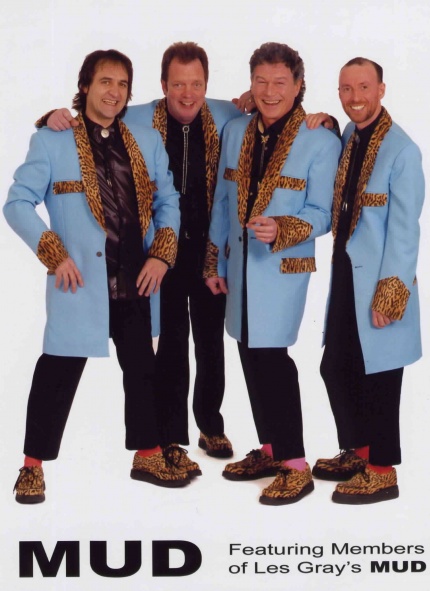 Named 70's Bands Mud 2
Mud were an English glam rock band, formed in February 1966. They were influenced by 1950s rock and roll, and are best remembered for their hit singles "Tiger Feet", which was the UK's best-selling single of 1974, and "Lonely This Christmas" which reached Christmas number 1 in December 1974. After signing to RAK Records and teaming up with songwriters/producers Nicky Chinn and Mike Chapman, the band had fourteen UK Top 20 hits between 1973 and 1976, including three number ones.[1]