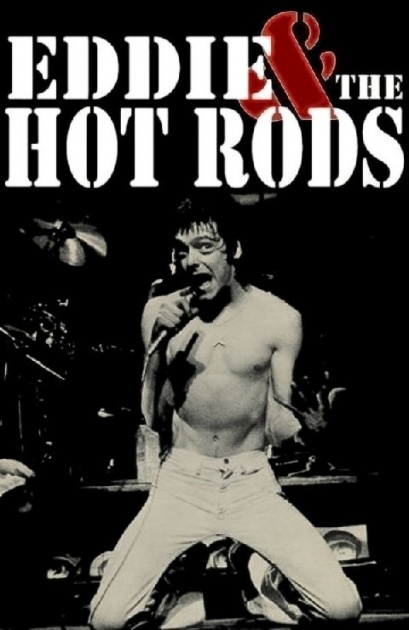 Eddie and the Hot Rods began life in 1976, when four teenagers from Southend on Sea got together playing their own style of fast energetic rock and roll and r'n'b, they soon became a big hit on the London scene. Catching the eyes and ears of the music press and the major record companies, they were soon signed up by the legendary Island Records and went on to have three hit albums and four top forty UK singles including the Top Ten hit 'Do Anything You Wanna Do'.

There have been numerous TV appearances worldwide and they have filled almost every major venue in the UK. A success in the USA too, they have toured alongside The Ramones, Tom Petty, The Police, Squeeze and Talking Heads. Still led by the 'very Rock n Roll' Barrie Masters, the band have been playing all over the world including France, Belgium, Germany, Spain, Italy, Norway, Sweden, Croatia, Slovakia, Czech Republic, Switzerland, Poland, Japan and Russia, as well as four successful tours of the USA in 2006, 2008, 2009 & 2011. This year (2012) they will be back again for a swift run down the East Coast.