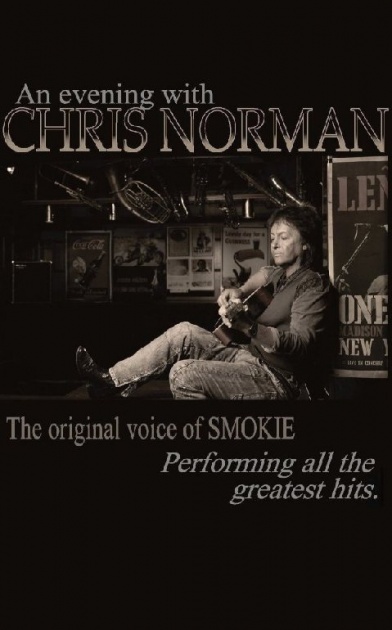 Named 70's Bands CHRIS NORMAN & BAND
Chris Norman was one of the founding members and lead vocalist of legendary British band 'SMOKIE'. Throughout the 70's and into the 80's Chris Norman and Smokie dominated the charts, the band had over a decade of global nonstop hits, Chris decided to go solo in 1986 and continued to release hit songs and hit albums along with three live DVD'S. Now in his fourth decade of touring Chris still continues to perform with the passion and energy that he has always had. Without doubt one of the great British voices of all time.