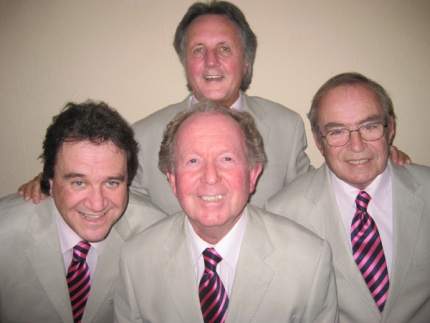 Comedy Acts The Barron Knights
The Barron Knights 50th anniversary tour is taking on 65 concerts. 50 in the UK and 15 in Australia and New Zealand. Touring with the Beatles and the Rolling Stones in 63/64 was a massive boost to the bands career. 30 world tours, over 300 shows at the London Palladium, 5 Royal shows with one at Buckingham Palace, Shows at the Albert hall 2 in the Falklands for the troops, 11 million records sold and still performing to full houses. The show this year will have all the hits as well as songs that are from the soundtrack of the bands lives that bring back so many memories for so many folks. Pete will be playing a couple of classical pieces on the guitar. The William Tell Overture and the flamenco piece Malaguena will certainly be in the show as they have proved to be very popular. The Barron knights have always been known for their harmony and their 3 part harmony version of the Paul McCartney song 'Blackbird' is always requested. A few anecdotes will be told 'cause there are many true stories that need to be heard that will certainly make the audience laugh.