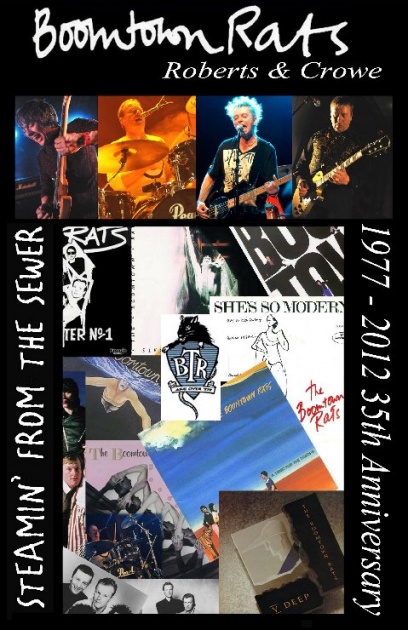 In 1977 The Boomtown Rats released their debut album 'The Boomtown Rats', they immediately hit a nerve with the youth of the time. They became one of the biggest selling bands of their time. 2012 mark the bands 35th anniversary. .... Nearly 25 years since playing at Live Aid to an audience of billions, Boomtown Rats guitarist Garry Roberts and drummer Simon Crowe have returned to the music scene with their highly rated new band, with Bob Bradbury (former Hello Front man) on bass and lead vocals and Darren Beale on guitar, playing all their massive Boomtown Rats hits.

Since the very beginning of the band, Garry & Simon have been the driving force behind the Boomtown Rats sound. They have put their powerful alliance together once again to play their music as it should be heard, with its essential driving rhythms and meaty guitar riffs.